The area of the expansion of the city, with the extension of the great roads and its buildings from the beginning of the 20th century, shows the most avant-garde Valencia. The modernist architecture of the late 19th and early 20th centuries is what you can see on this DiscoverValencia route, which will showcase the charm of streets, squares, stations and markets. Some of them are national monuments and in them you will see the use of ceramics as a decorative element in the covering of buildings, something very common in other cities such as Barcelona.

We will also visit some of the most emblematic monuments of the time that remain in the city. 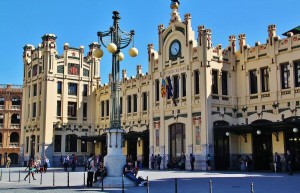